I Wanna Be Sedated...

Account Created on 2 September 2010 (#30279208) Last updated on 8 June 2014 Gift
Name:
vince_moon
Yeah, this is a different Bio than my first one. I needed a change so I'll keep it short. I'm a punk who plays the drums, likes watching funny things, hates school, government, and a lot of other stuff, and tries to avoid boredom in Jerkwaterville. You can find out what I like from the long list above. That sums it up, but hey, I'm a nice guy.

My Mood Theme is by

adesso found at the community fandom_moods

By the way; at my Userpics, if it says

vince_moon, it probably wasn't made by me, I just captured the image from a bigger image. But some with writing were made by me. Like the Bernard Black 'Am I Dead' one.

These were done by me. They consist of pictures from different, manga, movies, and other things I like. The writing is lyrics from songs or they are quotes from the context. 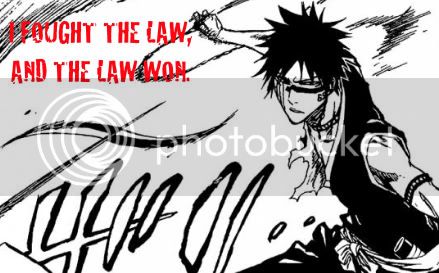 Shuhei Hisagi- Bleach/ "I Fought the Law"~ The Clash