It's the third party 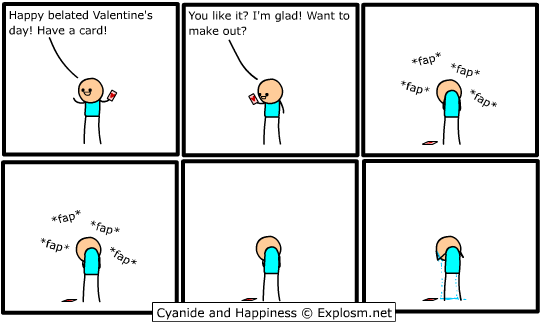 Been reading some webcomics for years. Then one day, you read the latest one and think to yourself: what the fuck is going on here?

So now they've started bleeping out the word 'ass' on the radio. Dafaq?! If you're that fucking offended by curse words turn off the goddamn radio, no one said you had to listen to it. Just shut up and live in your own little pure world. That goes to every other moralist out there, this world is a bitch: get used to it, you're going to be screwed in every way possible. Just piss off and let us live.

get the fuck out myh head.,

It's been a while since I've been here, huh? Yeah, been doing stuff. Nothing too fun really, or productive. Never wanted this to be a place for me to rant on about shit happening in my life, but I need to release.

So what has happened over the summer while I was away you ask? Excellent question. Firstly, I quit my job for reasons I have forgotten, volunteered at a conservation center only to find out that I was not really interested in that subject at all, and took a couple classes at the local community college, and this is where I met her.

Let me just say this, apart from my immediate family members, she was the most influential person I have ever met. When I was with her, I always strived myself to be a better person. The only reason I passed those classes was because she was there to push me. She became my first girlfriend. We got along really well; during the time we were together, we never fought or argued once. And we never had a "honeymoon phase", our connection was genuine. I was good to her, and she was good to me. We were both going through difficult times before we met each other, and we helped one another. It was really only a matter of time before we fell in love. Love is a feeling that is really hard to describe. It's like when you tell someone a funny joke about something, but they don't get it and you say "you had to be there". That's what love is like. For those three months, I was happier than I have ever been. We did things together that I'll never forget; biking more than 30 miles and plunging into a lake, taking a stroll at night opening ever mailbox on the street, exploring cemeteries, and waiting for hours in my car while she was in class, just to see her before I went home. She was happy too, she told me so many times and she wasn't lying. We both swore we would never lie. I know she remained true to that.

Then, one day she got depressed about something. I wasn't with her that day, but she told me she was feeling down. I asked if I could help, she said no. The next day she was supposed to come to my house, but she said she'd come over the day after. The next day, she didn't call me or anything. I was freaking out; I know what people can do when they have depression problems. Believe me, I know. I called her and called her, but nothing. Finally late at night, she texted me saying she'd be over that night. She came and said she'd talk in the morning. We woke up and she took me outside. We sat in the door way of my breezeway and she said it was over. Just like that. No talking about how she was feeling, no trying to work it out, no warning at all. She just showed up to dumped me for the most premature reason. I'm not going to give many details, but I assure you all(if anyone) that it was something that we didn't have to worry about for another five years or more.

So here I am, the same state as I was before I met her. Depressed, feeling violent emotions(kinda like Taxi Driver but toward myself), abusing substances to feel in control and forget. I never wanted to go back to this kind of life. I love her, and she loved me. I feel that when you say you love someone, you make a promise to that person. A vow that you'll be there for them, take care of them, help them, and appreciate them. You can break that promise if you have to, but not like that. Not like that.

Sorry I bummed you all out.

I have another project to do as well. There's this enemy from Borderlands 2 called Nomads. They're big, hulky guys that shout orders to other bandits. Packing heavy weapons they are a tough enemy to fight; but also the most hilarious. They shout things like, "I told you to leave me alone!" or "I'll make a coat out of ya!", and a lot of other things. They have a really deep lingering voice which just adds to it.

Anyway, I've decided to make a cosplay outfit after these guys. There are several varieties, but I like this one best. 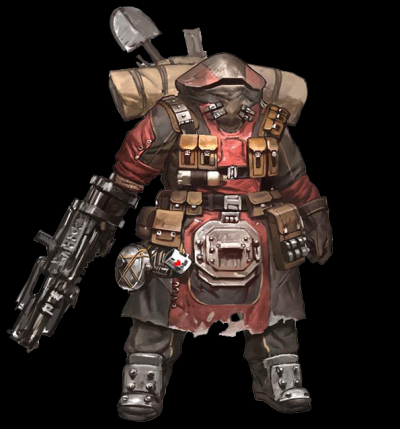 All I really need is a trench coat, some ammo pouches and how to figure out the helmet. And how to keep cool under all of that. It should be fun, I think I found a good, cheap coat I can mess with.

I have a new goal for this summer: I will take Bruce Springsteen's song 'Badlands' and rewrite the lyrics so the song is called 'Borderlands', after the video game. It'll be hard since the song is originally about the hardships of life instead of shooting bandits and psychos and taking their stuff. But it should be fun. :)

I know it's late, but who cares. Just wanted to say that I hope you had a great 4/20, whether you participated or not. ;)

Just remember, the suits on the Hill can't keep it illegal forever. And speaking of hills, here's some great high music for the occasion.